Turning earth into a Collective tamagochi

One of the reasons for coming to Berlin was to catch up with Rilla Khaled from ITU in Kopenhagen. She did her PhD on designing a culturally sensitive advergame that helps kids to stop smoking. It was a cool project with lots of potential (you can see her website with links to the game and technical papers here: rillakhaled.com).What brings us together is to do work and conduct research that has a positive impact on people and their lives. It turned out to be an idea-fuelled three hour super idea nuclear fusion session. The ideas were just whizzing through the air and one thought in one corner led to the next even better and crazier one.

How can we make the world a better place? It is a cheesy question, admittedly, but sometimes the cheese saves the day. 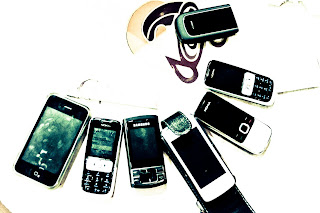 Here are some teasers. Think cellphones. Everyone has one (well most people have). Then think facebook. Everyone is on it and constantly connecting to everyone else on their list. This is the access route. People play games both on their facebook and on their phones. Some of the coolest games are those where you are playing with your friends. Remember those good old Mario Brother sessions playing against your brother or sister? Now imagine Dance Dance Revolution or Rock Star, but instead of doing dance steps or play the coolest rock bogan on the planet, use behaviour that makes a difference. Recycle, take the bike to work, help an old women across the street, volunteer for a good cause. Think of earth as a tamagochi that everyone wants to nurture. Now mix it all up and create the new social craze where our collective good actions make earth thrive. People report back via their mobile phones what they did and get credit in their game. Cameras or GPS systems can monitor and pinpoint cheaters and award penalties.
This is one of the base ideas. We had a final twist which could turn it into a super-cool next generation game. But that would be to spoil the beans, better watch Rilla's space....
These ideas are slightly creepy though... Why do we need to think of games to make people do good things? Why do we need to worry about cheaters and free-riders? But then, why not use the things and little gadgets that people are using to make world a better place.

Because we can :) Turn earth into a tamagochi that everyone cares about. Invent games that get people to do positive things (not shoot others), those that increase awareness, global consciousness, improve their health, turn the world green. Make the world a better place.
Play by play.
Posted by Ron at 2:46 AM