The beauty of black and white

Marcel Cesar, a friend of mine, nominated me for a five-day black and white challenge on FB. The task was to post one picture per day, for five days. He posted some pretty amazing ones and seeing some of those amazing pictures by him and others, I thought I would try to match their brilliance.
It had been ages since I last took BW photos. I had been trained to do all the processing in a darkroom when I was a kid, but after I switched to digital, I hardly used BW settings or converted pictures to BW afterwards. However, when experimenting in the evenings with some shots that I liked or had taken a while ago, I started to remember what had drawn me to photography as a kid. Pictures in BW have this timeless quality, simple shots are rendered art and captured history at the same time. Simple moments that would pass in a flash suddenly feel like they carry bigger significance, being transformed into instant classics.

I just wanted to give a bit of background to those five pictures that I had selected. For me good photography (and photos) tell stories. I want to capture a moment that appears significant or beautiful or both. I have memories and thoughts attached to most photos that I take and I want to share a bit of how I see the world. When I see photos taken by others, I also try to find the stories that they capture or the thoughts that the photographer may have had when taking the shot. We probably all see different stories unfold in these frozen moments, but this is the fun to decipher somebody else's mind and see the world through their eyes. 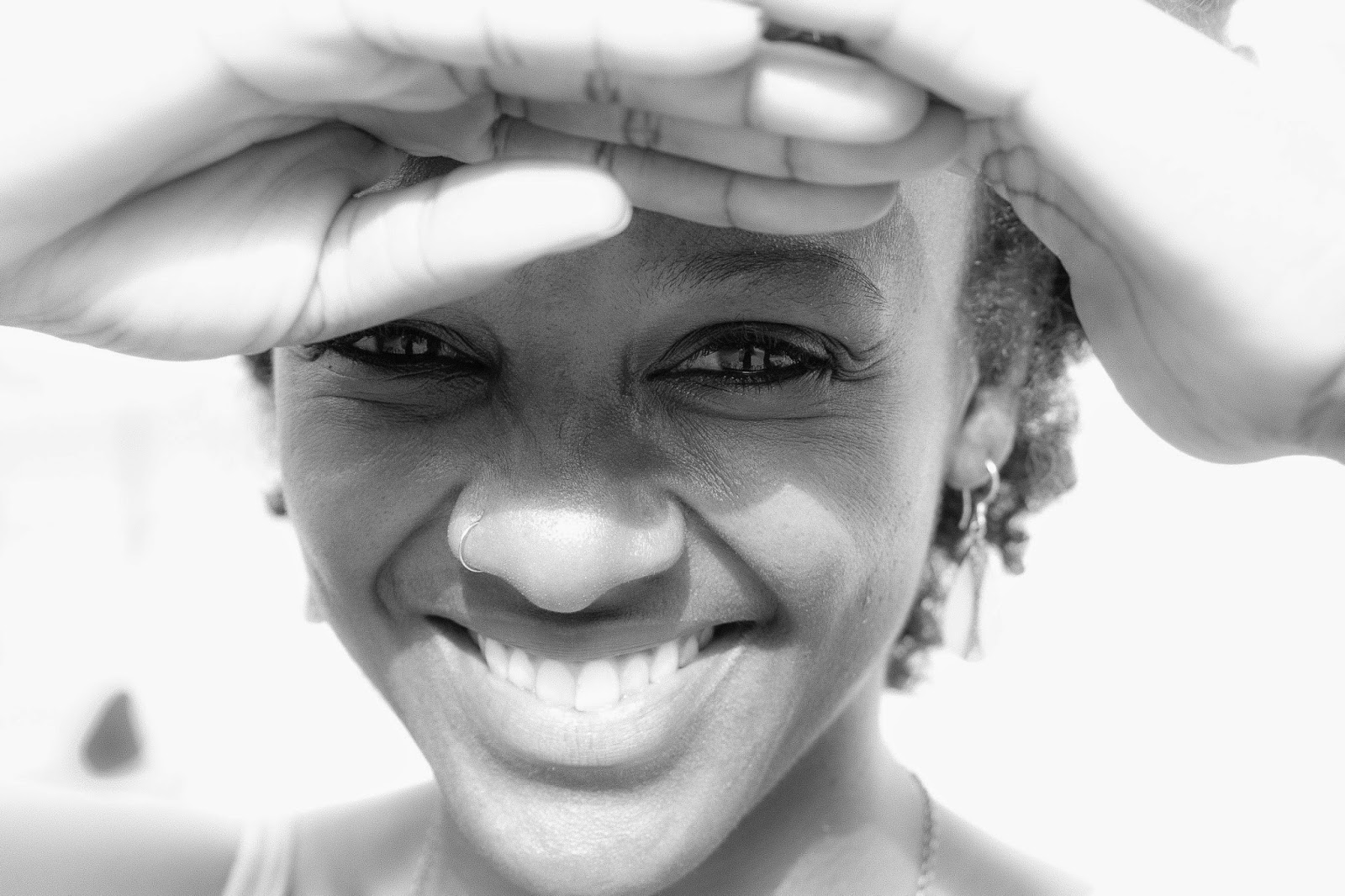 This is a portrait of Gi, a great friend of mine. We always catch up with each other when I happen to pass through Brazil and we have done a few photo shots over the years. This was on a hot Saturday afternoon in Lapa, the bohemian centre of Rio de Janeiro. Lapa, even though dizzily crowded with party-goers at night and with people hurrying about their business during weekdays, is eerily empty on weekends during the heat of the midday sun. We were just crossing the sun-bleached square in front of the arcs when I snapped this picture. For me, the smile and the sun capture two of the most iconic features of Rio. 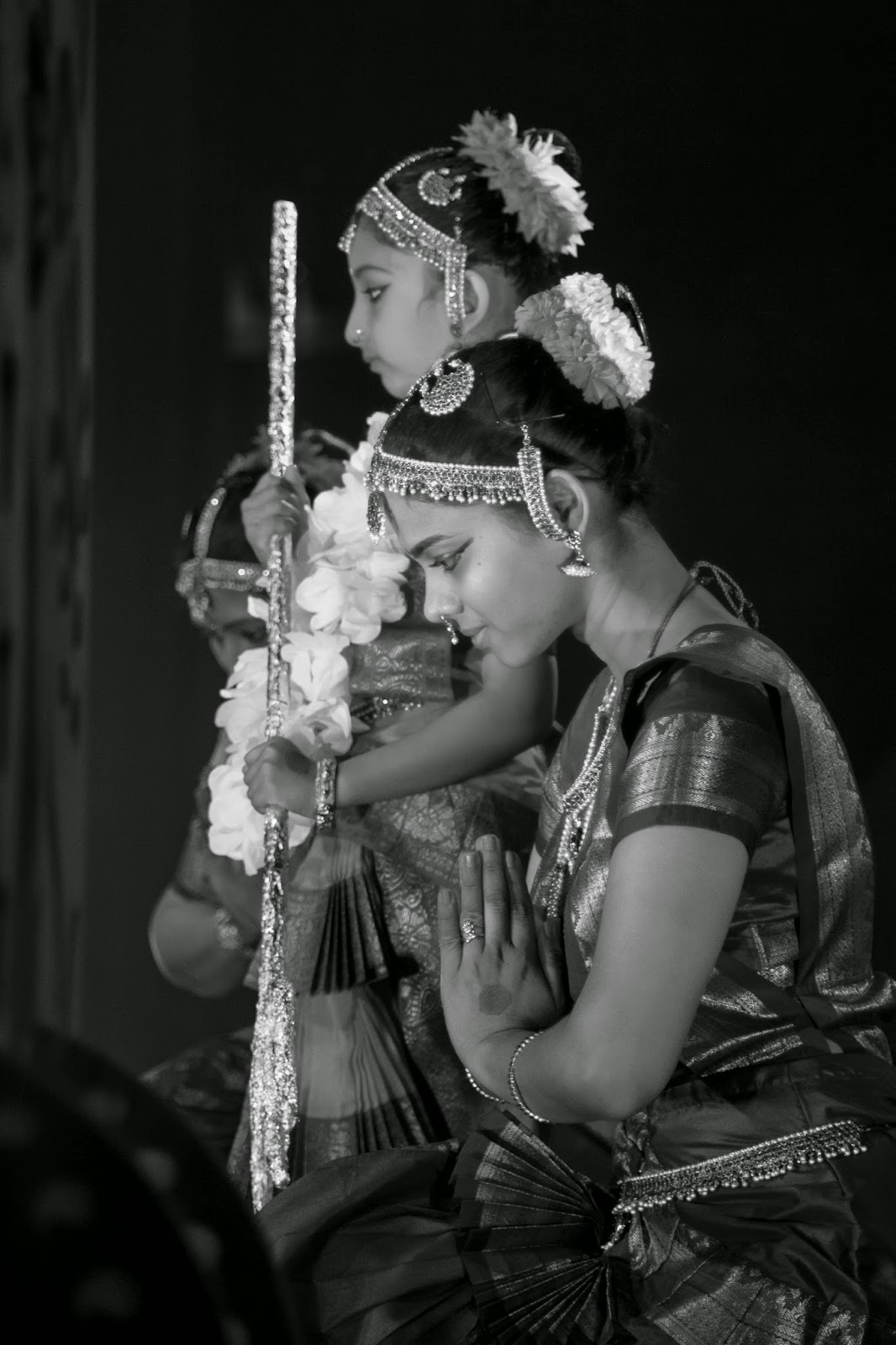 This was the finishing moment of one of the dance performances during the 2014 Diwali celebration in Wellington. Diwali in NZ has turned into a celebration of Indian culture, with dance and music performances by Indian school and community groups, arts and craft shops and lots of food stalls. It is secular public ritual and has quite a different vibe and atmosphere compared to Diwali in India. I like this shot because of its ephemeral grace and humbleness in the gestures of the dancers. 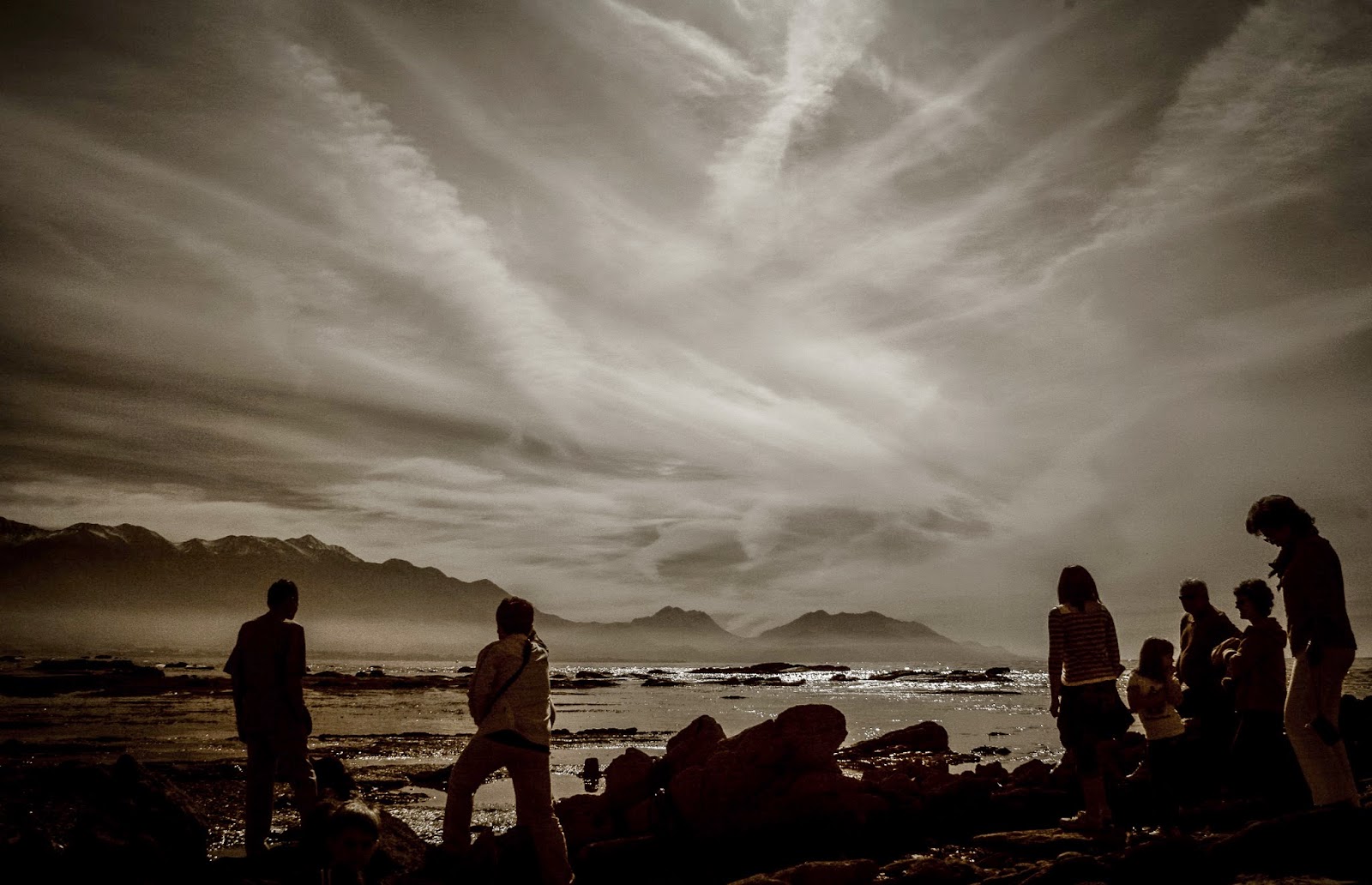 The sky over Kaikora was breathtaking. We were preparing for some weekend tramp in the mountains around Kaikora and walked out to this spot by the beach to enjoy the sun. Some seals were playing in the water and lots of people were out and about on this sunny autumn day. I had a Canon 10D and was playing around with different tone options at that time. Being shot in sepia, for me, this shot captures the simplicity and timeless beauty of NZ. 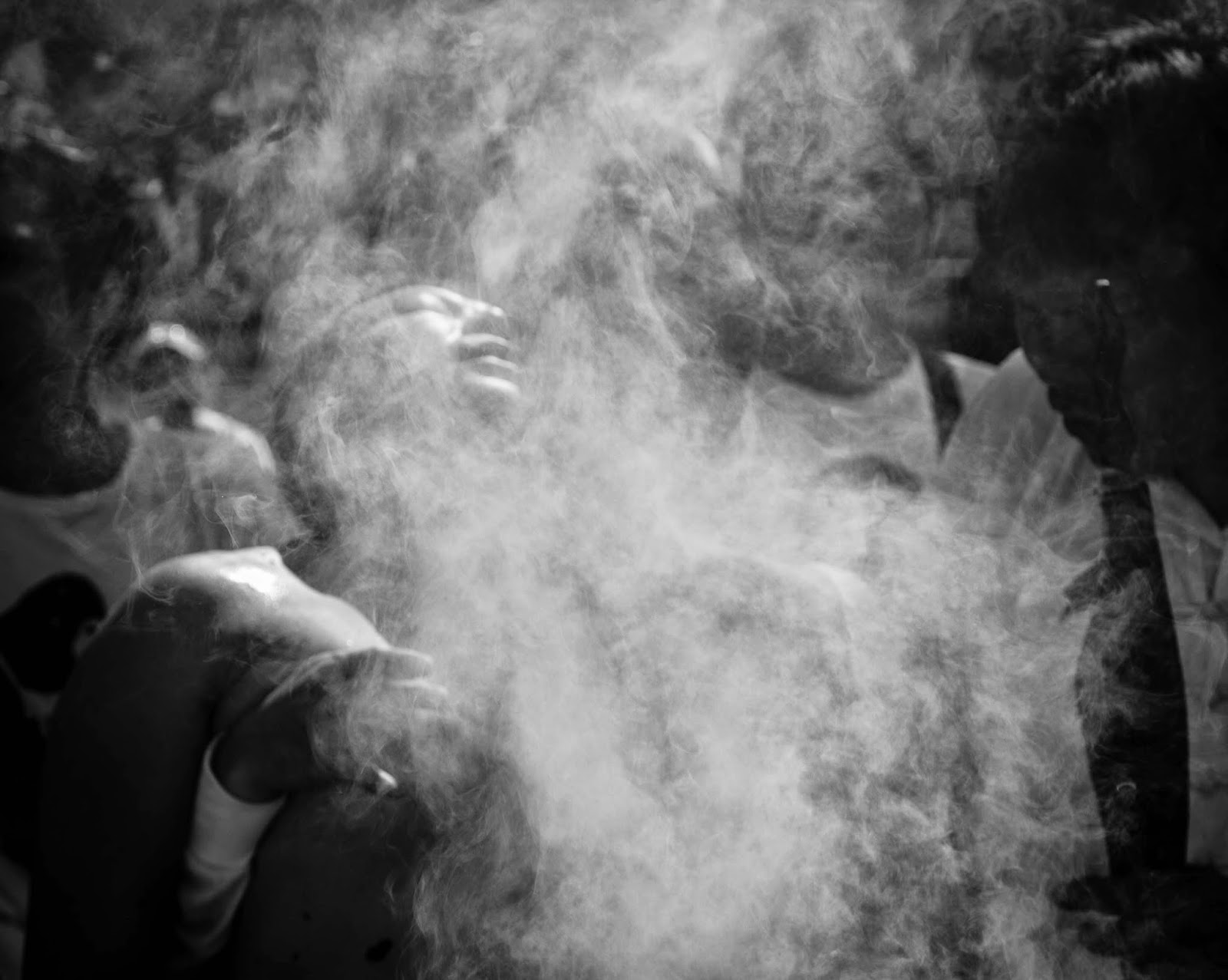 This is a deeply spiritual picture. I snapped this moment at the end of the street procession during the Vegetarian Festival, a Taoist celebration in Thailand. A spirit medium (ma song) is about to awake from trance and the priest (huat kua) is performing the rites to bring the human back. The incense has a deep spiritual significance here, because the central god takes the form of incense smoke. 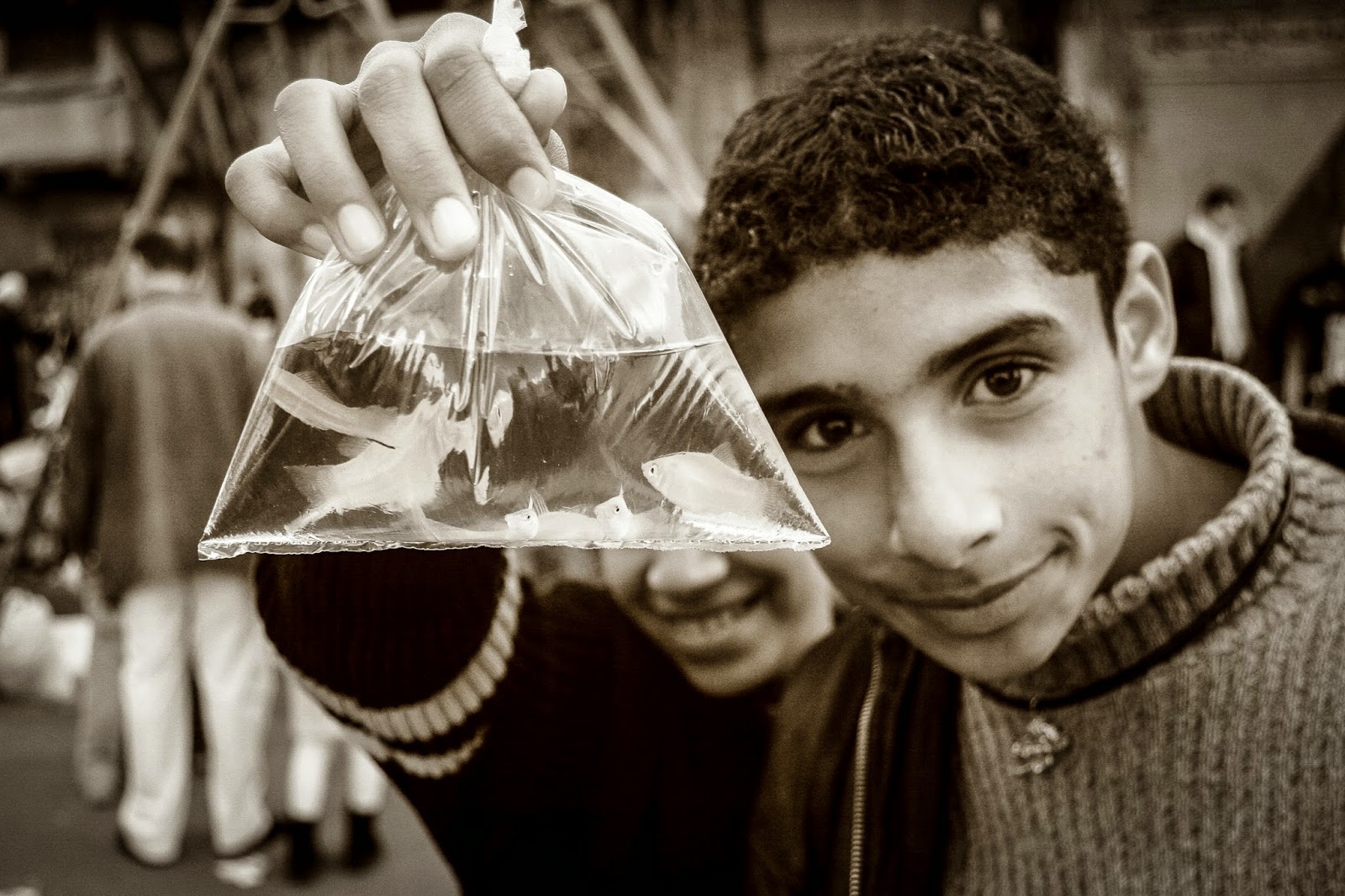 This photo was originally shot in BW. It is a scene from a market on the outskirts of the old city in Damascus. I was teaching in Beirut, Lebanon in 2005 and went to Damascus for a weekend. Meandering aimlessly through the maze of 5,000 year old streets, I came out to this little square where neighbors had organized a small fair with very simple carousels and stalls. These kids happily showed me the goldfish that they had just bought. Simple happiness and pleasures. It is sad to know that these peaceful places have disappeared in the bitter brutality of a civil war.
Posted by Ron at 9:19 AM